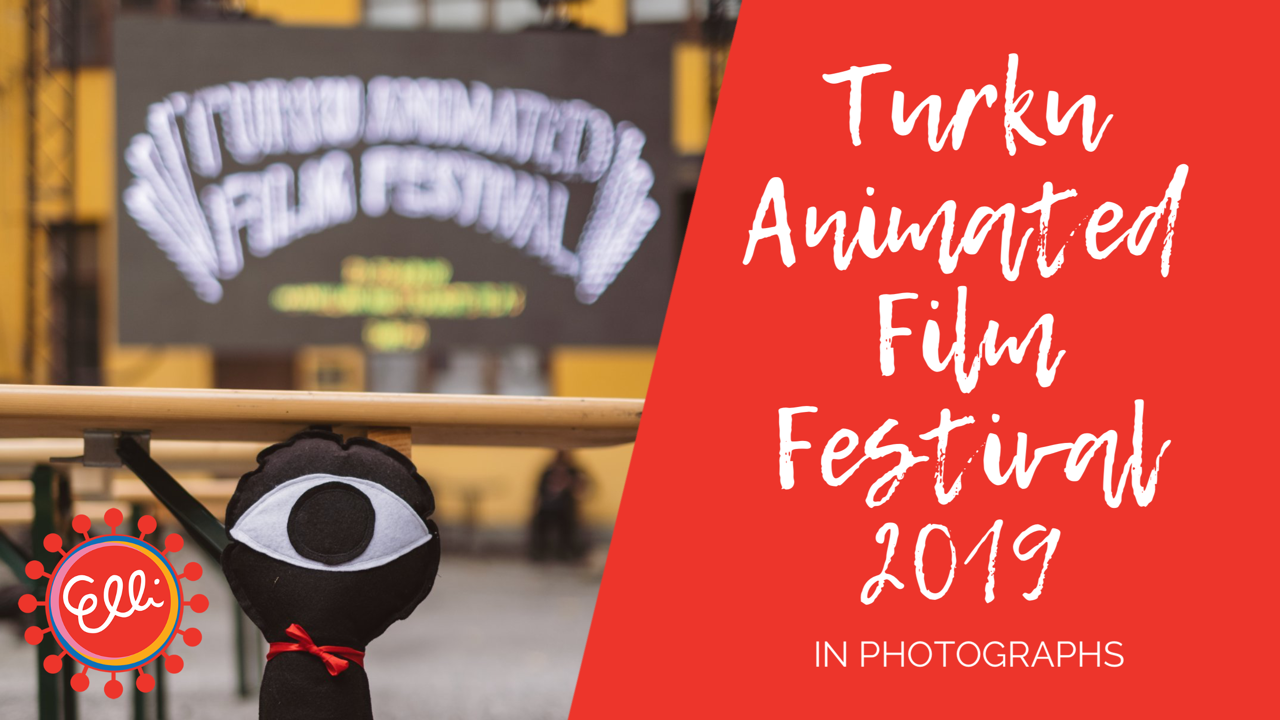 Turku Animated Film Festival – TAFF 2019 ended yesterday. I loved being able to take part both in person and having my Augmented Paintings exhibited there.

The five festival days were packed with all sorts of animation art. I probably saw about 60 short animation films both fiction, documentaries and art installations. You can see the official winners here. Some of my favourite films were One Pair Coat by Yi Luo, Julia by Julian Gallese and all the films in the documentary screening.

My Augmented Paintings were exhibited in the hallway of Manilla theatre. They were right in front of the movie theatre where the films were screened. The Augmented Painting -exhibition was also featured in the festival catalogue.

This was first exhibition where I left the paintings to be on their own. Occasionally did ran by the painting’s side with my iPad and Arilyn ready to show that there’s more to see than “just” the painting.

I was little worried that people wouldn’t take the time to download the app and scan the paintings on their own. Luckily I was proved wrong. I saw many photos of people looking at the animations with their phones by browsing through the photographs the official festival photographer Paavo Pykäläinen had taken.

This time I didn’t have a guestbook for collecting people’s comments. I just tried to collect them in my heart: like the lady in tears of affection saying that the painting of a fox reminds her about her son.

Also I got such remarkable statement from the regional artist Annika Dahlsten. She said that these augmented art works were some of the best she had seen so far. Dahlsten is both a visual artist and animator so she appreciated the fact that paintings do not only come alive but that the movement is nicely animated. That’s my strength. I can handcraft the details since I am both a painter and an animator.

I will let you know when there is a next chance to see the Augmented Paintings in person by updating the Exhibition list. Until then.