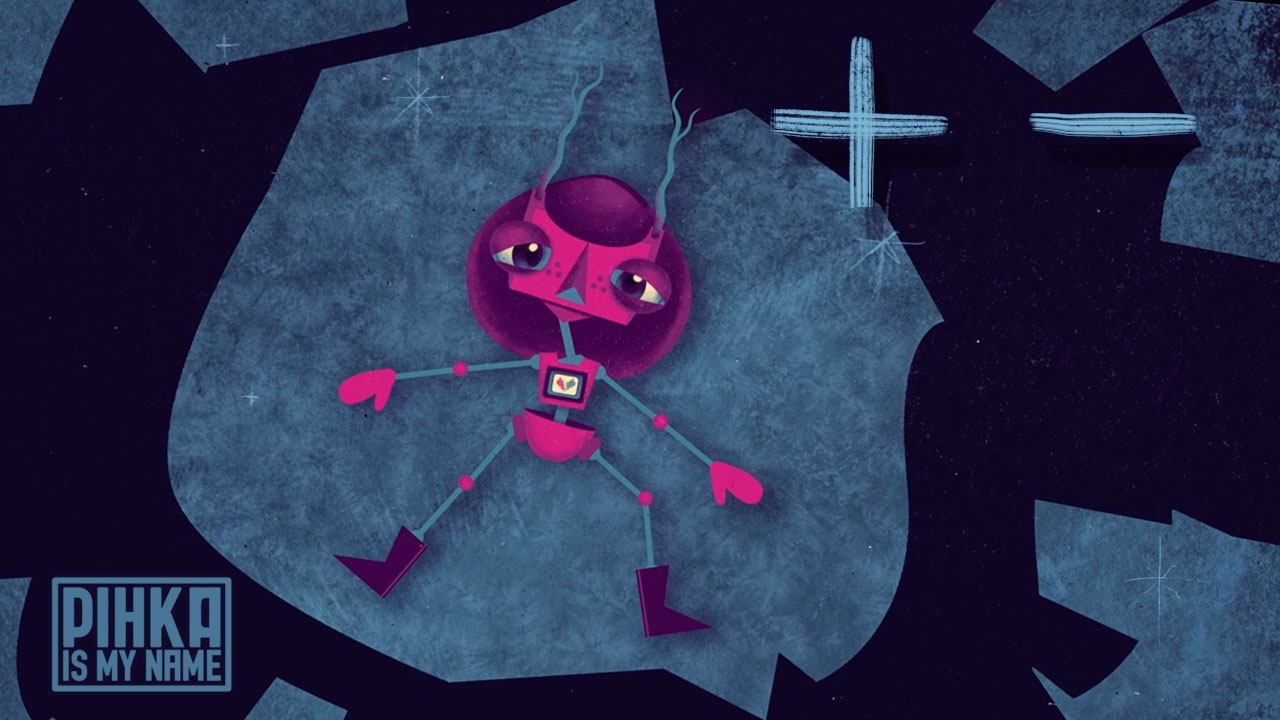 The single ‘+-‘ and video are about Pihka discovering the beauty of northern nature and winter. A snow-covered forest might be a very exotic sight in the near future. It is time to face the facts – humans are changing this planet’s climate. Will they do something about it?

Pihka Is My Name is a Helsinki-based collective whose art combines epic electronic music and emotion-provoking animation. The front figure is an abandoned imaginary friend called Pihka who sets off on an adventures on her own, meets with people and finds out that climate change is one of the most pressing problems we are facing right now.

The making of this video was financially supported by Arts Promotion Center Finland (Taiteen edistämiskeskus) and Musiikin edistämissäätiö. Thank you for your support.

Interested how I made the animated music video? Check out short making of videos in YouTube and in Elli’s Illustration in Instagram. Below a speed painting of one of the backgrounds. Painted on 6th generation iPad on Procreate.