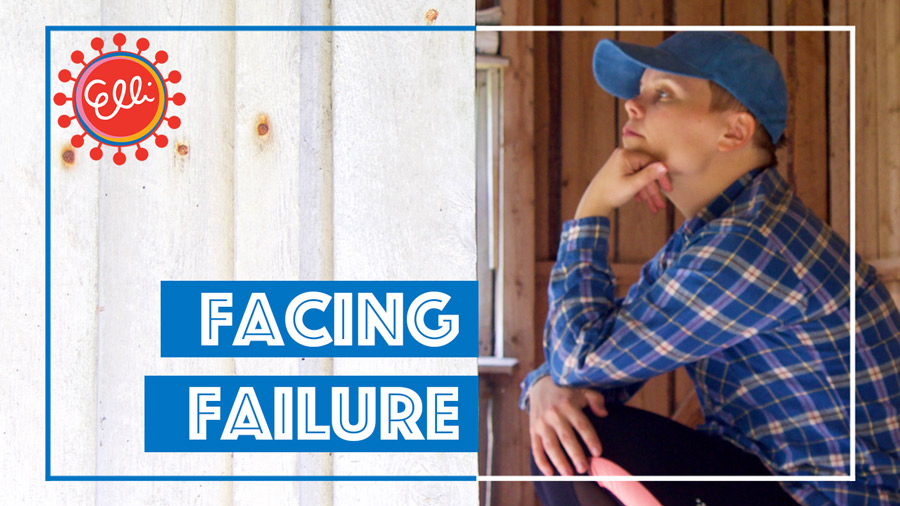 Facing failure is obligatory. Still it stinks like a skunk. But the failures are also the path way to success. I’ll let you know how I handle this failure sh**. It’s like studying how to fall safely when you’re learning how to ice skate.

It’s important topic to tackle since we’ve all been there. Summer months are the moments that Universities send their acceptance letters. When there are 200 applicants for eight accepted students it means there are 192 “losers”. At least that is the feeling I get when somebody refuses me. Or for the freshly graduated, summer holidays are shaded with the job applications that don’t get answered with welcomes.

I’ve failed so many times this year (again). I’ll list my failures so I (and you too if you want) can feel sorry for myself:

1. Our short film didn´t get into the local animation festival where I hoped it would have its premiere. It also didn’t get to the one huge festival which would have been a dream – but I knew that was a far stretch.
2. I’ve applied for three artist grants for my thesis project. I didn’t get any of them.
3. I’ve applied to a gallery that refused my exhibition.
4. I wasn’t able to come up with good enough script for a new animation film.
5. I didn’t get couple illustration projects.
6. I still haven’t gotten a publisher for my children book.
7. My followers haven’t grown much in Instagram or Facebook even when I’m posting regularly as a donkey.
8. My every other sketch I do is so ugly even when I’m drawing for hours every day.
9. People are not finding my stuff at Redbubble or InPrnt.
10. I’ve always chosen the wrong lottery numbers.

Ok. So here’s a few things I’ve failed this year. Now to the part where all of them turn into rainbows and butterflies… Or not. But at least I get them out of my system and I move on.

1st FEEL SORRY FOR YOURSELF

I’m an emotional being. When I fail I feel like a total failure. I usually cry – and I try to think about all the things I’ve ever failed and every critique I’ve gotten. So I could really swell in the self-pity.

This is not very attractive moment – so I would rather do this in private. When there’s people around I usually go to the toilet or to the other room to go through the despair. I know I need to go through all the thoughts and emotions. So I don’t bottle them up – they take way much more energy that way.

At this point I don’t want pep-talk or comfort because I want to stay in the darkness for the time being.

2nd  START LAUGHING AT YOUR SELF-PITY

After I’ve gotten far enough to the darkness – it takes anything from 5min to 5 hours depending on the day and the incident – the cheerleaders inside my head start laughing at my despair. Like really: I didn’t die. My loved ones did not die. I didn’t even loose a leg. Get your nuts and bolts together, girl, this is getting pathetic!

3rd “MEANT TO BE” STRATEGY

It helps me think it was meant to be. I didn’t get this thing so I have more time to do the other thing. Or I didn’t get in this year because maybe next year my classmates are my soulmates or this year will take me to an adventure which will let me find my true passion. I’ll share a story from my own life that proofs this point later in this post.

If I feel so strongly about something that rejection makes me cry, it means that I’m pretty passionate about this topic. That is a super power, my friend. It’s my time to appreciate the fire that keeps on burning even when I’m regularly running into ice water. Would have I been further now if I didn’t try? No. Can I try again? Yes.

Now it’s time for the pep-talk. It makes me feel better to list things in my mind that I’ve succeeded in. Sometimes I cannot recall them at this point so I might need my close ones around to remind me. My boyfriend is usually the one that finds the right words to say. And if I need more hype I can always call my mom (who thinks I’ve never failed – like really. She said that.)

When I’m starting to feel better – or at least more balanced – I can start analysing why this happened. Like I can guess why our film wasn’t selected to this festival: it’s too “nice”. It’s a pretty film. It’s like for kids but with the topic that is aimed for adults. Also the motivation of the story is not clear enough, which I understood in the critique session.

There’s always possibilities to make new plans. On the film festival issue: I could open the film file again and work on the sounds at least. But I don’t know if I will – since time is limited and I don’t know if I’m more of a painter than a film maker. Also I could send it to another festival. Maybe I’ll just wait for 4-years (school rule) and then publish it in internet. We can also organize our own film premiere in the school premises.

I made a gluten free sandwich with three different cheeses – I try to eat 95% vegan but cheese is my Achilles’ heel. In the moment’s like these I let myself be pampered anyway I want be comforted. It’s ok to eat and do whatever I feel like doing for rest of the day. As long as…

…the next day I’ll move on. No use to give more energy to this failure. There’s way too many projects that wait to be done. Success awaits as long as you keep your head towards the roof and not the floor.

At this point I could also list my successes – but that would be bragging. Usually good news – successes – anyhow have a faster way to the blog (illustrations that were commissioned, film festival visits as a director, lottery winnings) and to social media posts. That’s good to remember when reading at other’s posts too.

And now as I promised:

When I studied fashion design in Aalto University my Bachelor or art “final collection” was refused from the spring show on my 3rd academic year. My collection was all over the place – the design was not really “me” and it was poorly executed since I did it in a hurry. For the most of the year I had been travelling and doing exchange studies so I tried to pull of the collection in less than a month. I tried my best but my best was not good enough. When I started crying, I tried to hide it (but couldn’t) and it made the teacher-curators feel sorry for me. I hated that since I don’t want pity points. I failed miserably.

Next year I took the 3rd year again with the student’s that started year after me. I took part into lovely courses – like one organized by Paola Suhonen – and had a two semesters to work on my thesis collection: Red and blue. With the help of the teachers it turned out awesome. I made six dresses for the Spring Show next year. After the show one of the dresses (Blue) was bought by Maria Veitola and one (Red) Maija Vilkkumaa – who even wore the dress in her album cover. What started as a failure lead to success far beyond my dreams.

“Success is not final; failure is not fatal:

it is the courage to continue that counts.”