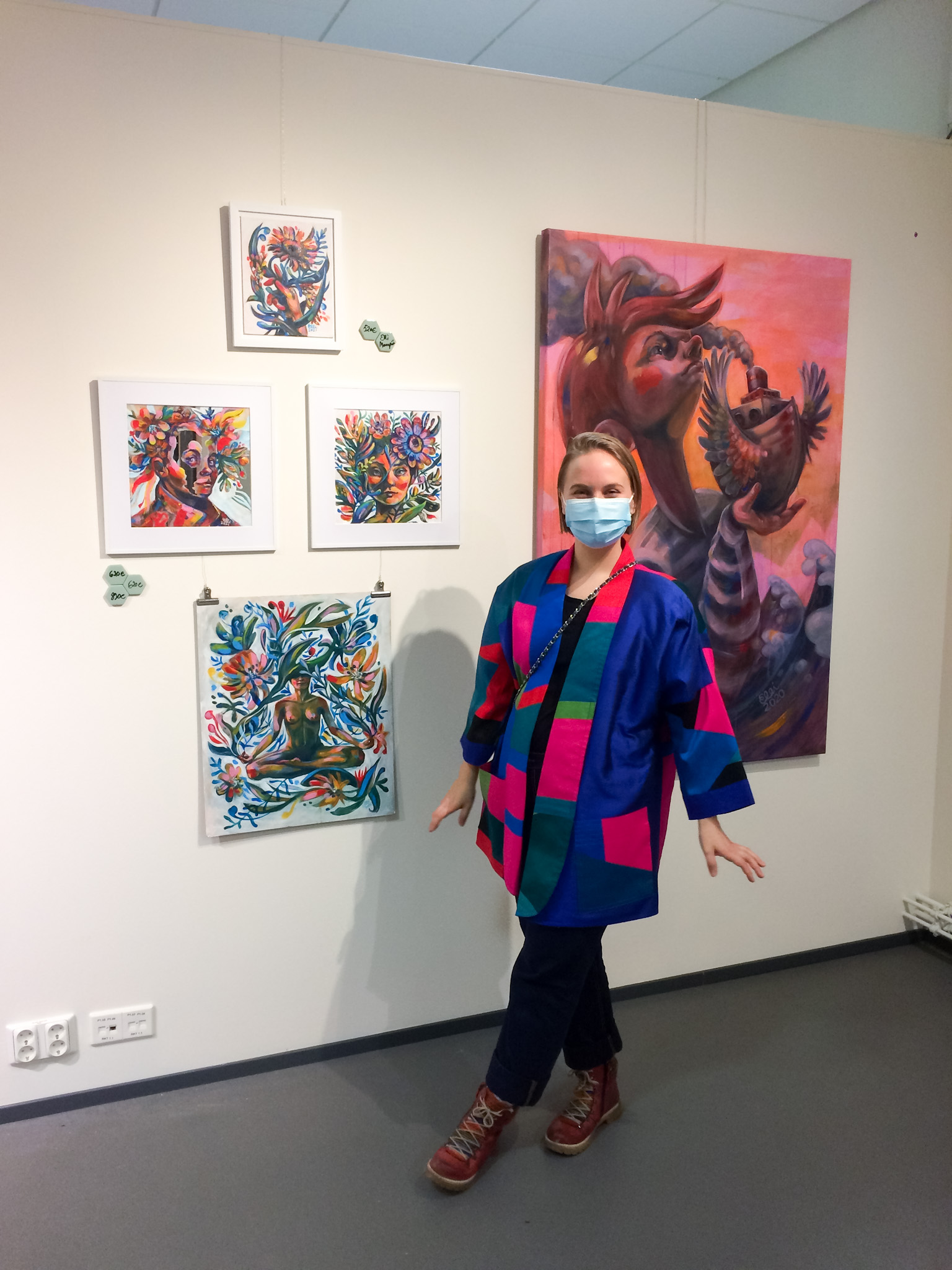 Maanpää received M.A. in Visual Culture from Aalto University in 2013. She has B.A. in Animation from Turku Arts Academy 2019 and B.A. in Fashion from Aalto University 2008. Maanpää hold a solo show Beyond the Surface in Gallery ALBERT IX in Helsinki in February 2020. Her Augmented Paintings have been exhibited i.e. in the Summer Yard of National Museum in Helsinki in 2019. She has been part of group shows in Finland and US.

Maanpää was one of the six young artist chosen to HELENE20 -art project held by Helsinki Hospital in 2020. The exhibition was held in Kulttuurihalli in Helsinki Railway Station. Maanpää’s portrait of Helene Schjerfbeck was auctioned by Hagelstam & Co. Maanpää is an author and illustrator of children’s book Varis, joka halusi olla satakieli. She has also directed five short animations. The latest is a music video Plus Minus for Finnish electronic band Pihka Is My Name. Maanpää works in her atelier in Hietalahden Tilajakamo in Helsinki Finland.